Sevan National Park, is one of the 4 protected national parks of the Republic of Armenia, founded in 1978 to protect Lake Sevan and the surrounding areas. It is under the jurisdiction of the Ministry of Nature Protection and includes a research center, which monitors the ecosystems, and undertakes various conservation measures. Licensed fishing on the lake is also regulated.

Avifauna
Sevan lake and its vicinity are rich in avifauna. Up to 267 bird species have been recorded in Sevan Basin. The known avifauna can be grouped into the orders: Podicipediformes, Pelecaniformes, Phoenicopteriformes, Falconiformes, Anseriformes, Galliformes, Gruiformes, Charadriiformes, Columbiformes, Cuculiformes, Strigiformes, Caprimulgiformes, Apodiformes, Coraciiformes, Piciformes, and Passeriformes. 56 species are included in the Red Book of Animals of the Republic of Armenia. Two of the species are regional endemics Armenian gull (Larus armenicus) and Mountain Chiffchaff (Phylloscopus sindianus). The Lake’s avifauna faced significant decline after lowering the water level and drying the Gilli marshes, however, started from 2007, the return of some bird species was noted. With strengthening of protection regime, which was started in 2013 the returning of species continues.

Ichtyofauna
Masrik river and its tributaries flow in the proximity of the urban areas. The river is of great importance, since it is a spawning place for such endemic species as Sevan trout (Salmo ischchan), Sevan koghak (Capoeta capoeta sevangi) and Gokcha barbel (Barbus goktschaicus). Besides, the young fish of the aforementioned species also live in these rivers till one year of age. This period is very important for the future survival of the species. Sevan trout and Gokcha barbel are included in the Red List of Armenia as endangered species.

Terrestrial Invertebrates
On the whole territory of Gegharkunik marz in general, there are 55 groups of invertebrates, mainly arthropoda, mollusks, crustacea, arachnida, etc. There are a few dozens of endemic species, of which 44 coleoptera, 2 lepidoptera, 2 оrthoptera, 2 mollusks. In the Red Book of the USSR, there were 12 species of arthropoda, of which 6 butterflies, 5 hymenoptera and 1 cricket. In the IUCN Red List, there are 4 invertebrate species, inhabiting Sevan Basin, one of which is included in the list of Convention on the Conservation of European Wildlife and Natural Habitats (Bern Convention). Among butterflies (Rhopalocera), the following species are included in the Red Book of the Animals of the Republic of Armenia:[2] Parnassius apollo, Parnassius mnemosyne, Brenthis ino, Phengaris alcon, Phengaris arion, Phengaris nausithous, and Polyommatus ninae. Part of the area is recognized as Artanish-Shorzha Prime Butterfly Area. 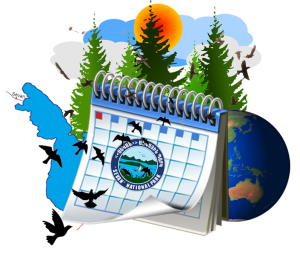 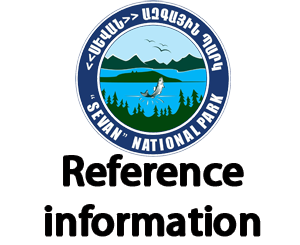